We are now open for limited visits by up to four patrons at a time.

Patrons wishing to browse the library’s collection of books and DVDs may come to the library and park in one of four, specially designated parking spots.  Only two people per vehicle will be permitted to enter the library at the same time. Each of the four parking spots will have a flip sign.  If more than one person enters from the same vehicle, they will be required to indicate two parking spaces are taken by flipping the signs located in front of two parking spots.  In spite of not occupying a space, cyclists and pedestrians will also need to flip a sign.  Flipping the signs will signal if maximum occupancy has been reached.

If all four parking spaces are filled upon arrival, the patron may choose to park in a non-designated space and wait for someone to exit the building.  This system will help to consistently keep the count of patrons in the library from exceeding the maximum, and will avoid the need for advance appointments.

Here are a few more of the new books that have arrived at the library since we closed due to the pandemic.

The Bayou is a unique place to live and it provides a grit and passion to any who hail from it, including Cain Lemaire, an ex-Secret Service agent from New Orleans. Cain had the dream job he had always wanted, protecting the President, until a single night resulted in a scandal that lost him his post. Needing a new direction for his life and with help from his sister who works in Japan, Cain takes a job in Tokyo as head of security detail for a very successful and important CEO. What he thought was a simple security post unravels a tangled web of corruption, greed, and extortion, but now Cain is on his own and without the wealth of resources he had with the Secret Service. Years of training and international missions kick in as he races to find justice that only way a born and raised Cajun can do. 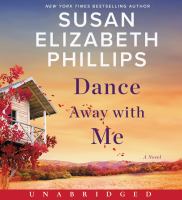 Dance Away With Me (audiobook)

When life throws her one setback too many, midwife and young widow Tess Hartsong takes off for Runaway Mountain. In this small town high in the Tennessee mountains, surrounded by nature, she hopes to outrun her heartbreak and find the solace she needs to heal. But instead of peace and quiet, she encounters an enigmatic artist with a craving for solitude, a fairy-tale sprite with too many secrets, a helpless infant, a passel of curious teens, and a town suspicious of outsiders, especially one as headstrong as Tess. Just as headstrong, is Ian North, a difficult, gifted man with a tortured soul, a man who makes Tess question everything. In running away to this new life, Tess wonders: Has she lost herself, or has she found her future?

Dare to Speak: Defending Free Speech For All

In Dare To Speak, Suzanne Nossel, a leading voice in support of free expression, delivers a vital, necessary guide to maintaining democratic debate that is open, free-wheeling but at the same time respectful of the rich diversity of backgrounds and opinions in a changing country. Centered on practical principles, Nossel’s primer equips readers with the tools needed to speak one’s mind in today’s diverse, digitized, and highly-divided society without resorting to curbs on free expression. At a time when free speech is often pitted against other progressive axioms—namely diversity and equality—Dare To Speak presents a clear-eyed argument that the drive to create a more inclusive society need not, and must not, compromise robust protections for free speech. Nossel provides concrete guidance on how to reconcile these two sets of core values within universities, on social media, and in daily life. She advises readers how to: Use language conscientiously without self-censoring ideas; Defend the right to express unpopular views; And protest without silencing speech. Nossel warns against the increasingly fashionable embrace of expanded government and corporate controls over speech, warning that such strictures can reinforce the marginalization of lesser-heard voices. She argues that creating an open market of ideas demands aggressive steps to remedy exclusion and ensure equal participation.