Please note this program has been cancelled.  It will be rescheduled for a later date.  We thank you for your understanding! 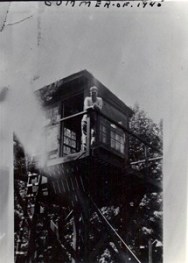 Join author and local historian Annette Harris, author of “World War II Prisoner of War Camps in Wayne County, New York and Their Prisoners,” as she explores a little-known phenomenon: during World War II, Italian and German POWs were imprisoned in Wayne County. Some of them even ended up working on farms in the area. By 1945, there were more than 600 POW camps in the U.S., and four of them were in our region, in Marion, Newark, Sodus Point, and Clyde.

According to historicsoduspoint.com, 115 prisoners arrived at the Sodus Point location in 1944, which had originally served as a camp for underprivileged children from Rochester. Some of the POWs worked at a farm that is now owned by the Burnaps, others spent time in the canning factories that processed the region’s fruit. In their free time, the prisoners played soccer, planted gardens, and engaged in crafts like wood carving. These are only a few of the many interesting details related to the POW’s stay in Wayne County. Find out more at Annette’s talk—you’ll be fascinated by her many stories.