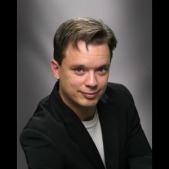 Can the human mind be influenced, guided, persuaded … or even controlled? For decades, movies, television, radio, and books have featured fantastical characters exerting mind control over other people. After hypnotizing thousands of people across North America for 12 years, a master hypnotist has decided to allow you to step behind the curtain! Join board-certified hypnotist/magician/psychic entertainer Cris Johnson as he sifts through the myths and reveals just what is fact and what is fiction in this fascinating presentation.